Whenever it comes to any relationship in business, between partners, with our children, etc. when we ask the experts, many of them will say communication is the most important thing or at least in the top three. But is it really?

When we communicate we exchange information and when we think of good communication we usually have in mind things like listening carefully, speaking clearly and of course respecting different opinions. Many would then further list honesty and trust as very important factors in a good relationship but I would say the main thing for an effective and with that deep and truly fulfilling relationship is still missing.

When we communicate something to someone no matter how good of a listener they are, how much they respect what we have to say, how honest we are, how clearly we speak and how much trust there is between us, the bottom line always comes to this question: “Does the other side understand what we are communicating?” And we can divide this question into two parts:

When we talk about the first question we must know that certain people just can’t comprehend what we are communicating because of their immaturity or inexperience. Children for instance aren’t able to comprehend a lot of things because they just haven’t lived through them yet and they also can’t imagine something similar so it won’t matter how good our explanation is. That certain piece of information just isn’t for them yet and if we understand that we won’t even try to communicate that to them.

The second problem is not so much a question of not understanding as it is a problem of denial and resistance to change. Such people (when a situation calls for a change) even if they could understand they will argue, play dumb or whatever it takes to show they don’t understand. Because if they would admit that they understand it would be that much harder for them to justify why they don’t change. In simple terms they would have to do something in order to not feel guilty of doing nothing or not caring.

Understanding of course goes both ways. When we make the effort to understand the other side in a relationship even if it’s hard for us we show that we care. It is only with such an approach that relationships of any kind can truly thrive. The problem why “just communicating” isn’t enough was conveyed by Stephen Covey very well. He said: “Most people don’t listen with the intent to understand; they listen with the intent to reply.”

So if we really care for a certain person or a certain relationship our main goal won’t be just to get some words across the room and then listen solely for the sake of being polite. We will make the best possible effort to understand what we are hearing from the side. Otherwise we can “communicate” all day long everyday and it won’t make the slightest difference.

Helping people find balance in their lives is the most important part of my work. And in that time I’ve seen many people decide to take the extreme path towards their approach to life. Balance Read more… 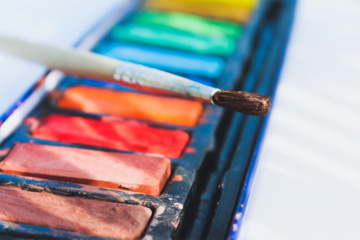